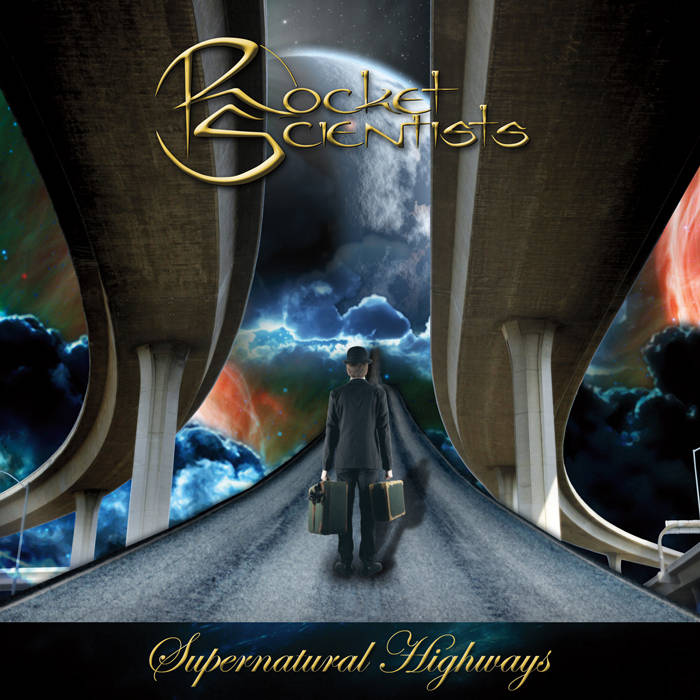 After a 6-year hiatus, veteran prog rockers Erik Norlander (keyboards), Mark McCrite (guitars) and Don Schiff (NS/Sticks, cello) return with a powerful re-entry into the atmosphere with Supernatural Highways, a 30-minute all-instrumental deluxe EP that demonstrates the ongoing agility and perpetual motion of this accomplished group of musicians.

Keyboardist Erik Norlander explains, "2013 was the 20th anniversary of the first Rocket Scientists album, Earthbound, released in 1993. At the end of 2012, I got in touch with Mark and Don and suggested that we record some new music to mark the occasion. We were all really into the idea, and like our last studio release -- the 5-disc Looking Backward set -- we ended up somewhere other than where we initially planned to go! But that's the spirit of rock 'n' roll, right? We wrote so much music that we couldn't fit it all on a single CD or reasonably-sized album download. When you consider the previous double studio album, Revolution Road, from 2006, there are 7 discs between our last two releases! So this time we decided to go in the other direction."

Centered around the epic 26-minute track, "Traveler on the Supernatural Highways," Rocket Scientists delivers an unexpected chapter in their rich recorded history. The song was originally composed by Norlander to act as a prelude and finale to the album in his usual conceptual style. But the song got longer and longer, and the band wasn't satisfied with any of the attempted edits or truncations. Norlander comments, "I just kept going with it, and every new piece seemed to work so well. Even one of Don's new compositions, a funky NS/Stick workout, fit so perfectly with what I was doing, really the only choice was to simply keep the whole vision intact."

The opening track is surely long, but it has a story to tell. Stick player Don Schiff comments, "The sonic brilliance of Erik's keyboard sounds and playing coupled with Mark's wonderfully styled guitar chord rhythms and voicings, plus, okay, I got a couple notes in the right order too, all gives the listener something new to discover with each play of the track." Humble words from the master Stick artist who also plays cello on the album.

Supernatural Highways concludes with a Rocket Scientists-hotrodded version of the James Bond theme, "On Her Majesty's Secret Service." Guitarist Mark McCrite says about the track, "James Bond soundtracks are solely responsible for awakening my lifelong obsession with music, and I’ve always thought “On Her Majesty’s Secret Service” would be an excellent fit for Rocket Scientists. I knew Erik would be great at reinterpreting this song in his inimitable Moog-infused bombastic style, but I was truly astonished at how Don was able to take a simple line progression and turn it into something completely his own -- it’s pure genius!"

Rocket Scientists employed Norlander's spouse and the band's perpetual musicalal cohort, symphonic rock vocalist, Lana Lane. McCrite says, "I knew that Lana shared my passion for Bond music, so it was only natural to have her recreate the crucial string arrangement with her signature vocals. And of course she nailed it!" The band brought in horn players Jon Pappenbrook (trumpet) and Eric Jorgensen (trombone) to cover the iconic Bond brass parts. Papenbrook and Jorgensen both played on Norlander's lauded Hommage Symphonique album -- along with Schiff and McCrite -- which was recorded directly on the heels of the 2006 Rocket Scientists double album, Revolution Road.

The band has also brought back long-time collaborators, drummer Gregg Bissonette and percussionist Greg Ellis, to add their trademark performances to the Rocket Scientists sound once again. Stick player Don Schiff notes, "It doesn't get better in a rhythm section to have 'stereo Gregs' (Bissonette and Ellis) to create gigantic powerful, dynamic and meaningful grooves with."